I spent the weekend at a family gathering. It was near the town where my mother grew up and I got a chance to visit the old family farm. I waded in the river that my mother played in as a child, and decided that this would be a good time to share a short memoir piece that I wrote about her childhood. This piece was written way back in 2012 for  a Memoir and Creative Nonfiction class.

My mother grew up on a farm and, like most of us, she has stories to tell. I ask her to tell me what it was like on the farm and get small bits of disjointed narrative. There was the river that ran through the property, although upon description, the river sounds more like a creek, not being very deep or wide. But it was a river, the Mustinka River; I looked it up. The river starts near the city of Fergus Falls, and flows for 68 miles through the counties of Otter Tail, Grant and Traverse in western Minnesota. This was where my mother, her five brothers, and her two sisters played on hot summer days. It seems odd to think of my mother playing in the water as a child, when she never did learn to swim.

I remember my uncle telling me about ice-skating on the farm. I thought it must have been on the frozen river, but when I ask about it, my mother says they never skated on the river. “One winter” she says, “so much snow fell, that we skated right there on the hard-packed snow.”

“I don’t know about rain,” she replies. “But we skated on the snow.”

There’s a picture of my mother on her fifth birthday. With no flash-bulbs for the camera, they took the cake outside for her to pose with. Of course, being December, it was cold outside, and her little fists are balled up tight to keep warm. There was snow on the ground, and bare trees in the background; and what looks like an angel food cake sitting on a glass plate on a small table. Of course, standing in the snow in what was probably her best dress doesn’t keep her from having a huge smile on her face.

Then there’s the picture of my mom on a pig. That’s right; she’s on a pig, riding it like a tiny horse. She would ride real horses later when she visited her friend at a nearby farm. She says her friend was poorer than she was, but having horses seems like a luxury to me. While I was growing up, I never knew my mother rode horses. It’s one of those strange things that I didn’t find out about until after I was an adult. “You rode horses, really?” I ask her, after hearing the story for the first time. It seems like something I should have found out while I was growing up. It amazes me that there are still things I do not know about my mother.

The story that I remember most from my mother is that of a school party. It was a special occasion and my mother had been given money by her mother to buy two bottles of soda, one for her, and one for her younger brother Robert. When I was growing up, soda was a treat that we didn’t have every day, but for my mother, it might be the only bottle she got all year. Unfortunately, after she bought the sodas, one fell and broke. Being the younger brother of older sisters myself, I thought for sure that Robert was going to be the one to lose out that day. It was only after the story unfolded that I found out that my mother went without her soda. I like to imagine that Robert was blissfully unaware of the small sacrifice my mother made that summer day.

I ask my mother if she has any other good stories about her and Robert, but there’s nothing that seems to compare. “I wasn’t always nice to him,” she says. “Sometimes I was downright mean.”

“Is that why they took Robert to Montana?” I ask. I had heard the story of my mother being left behind to take care of her younger brothers and sisters for a week while Robert got to go with my grandparents to visit my great-aunt Verna.

“Yeah, we didn’t always get along so well,” she says. “And my parents thought it would be easier for me without him there. But it was good for him to go. It was a good way for him to spend some one-on-one time with my parents. It’s difficult to find time for everyone when there are eight kids in the family.”

There are other stories about her being the bossy older sister, first fighting with her siblings, and later trying to keep the peace among them. And there are stories about going to town to see free movies, driving through blizzards to visit relatives, the sink that they let drip through the winter so the pipes would not freeze.

But when I think about my mother as a child, I always think about broken glass at a country store, riding horses at a friend’s farm, standing in the snow with a birthday cake, and playing in the Mustinka River—on hot summer days. 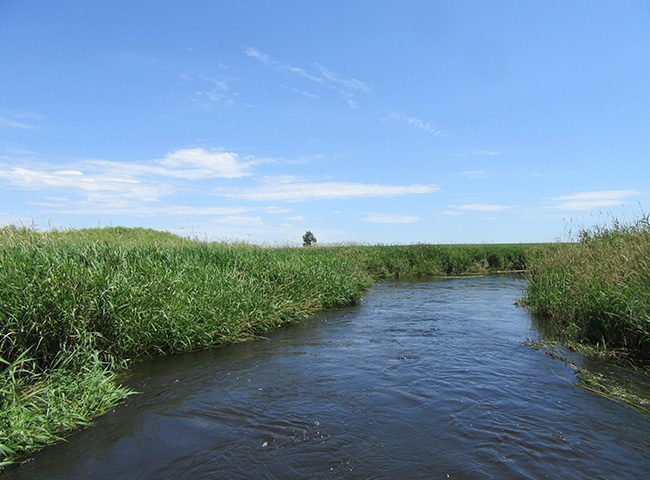 The Mustinka River on the old family farm. 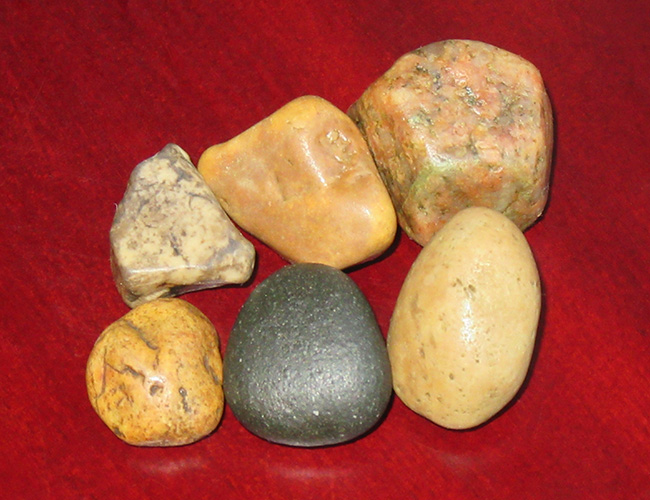 River rocks from the Mustinka River. 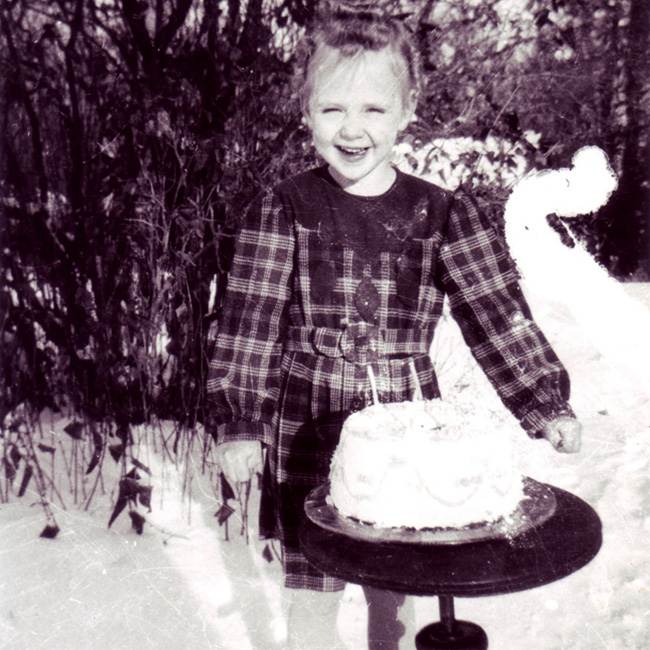